If you’re like me, you may have been intrigued by the Universal Control feature which is finally released by Apple albeit they are still calling it a BETA feature for now.

So off I went taking a huge risk by updating to the iPad and MacBook to the newly released iPadOS 15.4 and MacOS 12.3 Monterey respectively and when the updates completed… Universal Control does not work!

I started Googling the problem, trying to find out what I missed or what could go wrong – did the BETA feature not work because I have two Macs and one of it isn’t updated to MacOS 12.3 Monterey yet? Maybe there’s some settings which I missed out somewhere?

I’ve read many articles about Universal Control but they only mentioned these prerequisites:

All of the articles that I read mentions that once you have done the above, Universal Control will just work but that just isn’t true (at lease in my case)!

After some messing and fiddling, I realized that there are two other settings that you will need to do in your iPad and Mac before Universal Control will work:

1. On your iPad, open the Settings app.

2. Tap General and then AirPlay & Handoff.

3. Make sure that the checkbox for Cursor and Keyboard (Beta) is checked (enabled):

1. On your Mac, open the System Preferences app.

3. Make sure all three checkboxes below are checked:

The Universal Control feature should start working as soon as these settings are enabled.

I hope this will save you the time that it took me to mess and fiddle with the settings before I got this to work! 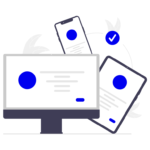 How to setup a custom @yourdomain.com email address easily 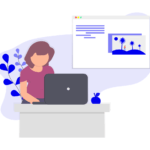 How to test or preview website in a different server 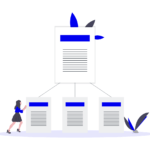 What is using up all of my inodes?